Winterhawk is delighted to announce that we have 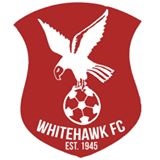 become one of Whitehawk Football Club’s sponsors for the 2015-2016 season. We are also sponsoring centre forward Danny Mills, scorer of 19 goals in 50 appearances for the club, and who already has three goals in five appearances this season.

The club is currently in the sixth tier of English football, and plays their football in the vibrant city of Brighton and Hove on the south coast of England just 50 miles from London.

Winterhawk CEO, Steve Hewison commented, “With our names and logos so closely matched, and coming from Brighton myself, this was a natural sponsorship and one that we’re keen to see expand in years to come. 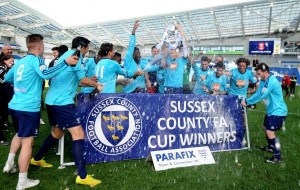 Football (or Soccer) is now a truly global obsession and we’ve been taken by surprise by the number of requests from our staff, clients and partners in Canada, USA, Europe and India for Whitehawk FC merchandise.

Next time you go on holiday to Vancouver or Boston, you may now see Whitehawk FC shirts amongst the usual plethora of Arsenal, Liverpool, Manchester United and Chelsea ones. With a good run in the FA Cup this year, one of those clubs could be visiting Sussex! We wish the Hawks and their growing international fan base another really successful season.”

Preparing for GDPR in the Faroe Islands